You've got to accentuate the positive, 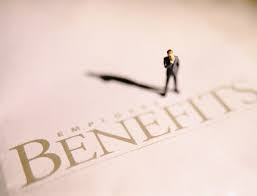 Latch on to the affirmative,

Communication misunderstandings aren't unique to public policy reform, they are also a frequent procurement weakness; the procurement 'end' appears to be misunderstood.  An example was provided as recently as 2 March with the furore over the supposed 'police privatisation'. The only message which appeared to have been communicated was the 'negative'.  Why was there such a complete lack of confidence in the affirmative that the procurement could deliver a better outcome for citizens even though so much appears to have been contracted in the past? Highly respected procurement commentator, Peter Smith, even went so far as to refer to it as an example of 'stupid sourcing'  While I largely agree with Peter, in terms of a questionable sourcing strategy but the stupidest aspect is the associated communications strategy.

Yet I have also argued that suggesting some ends can be met when the process constrains that is also political folly.

Nevertheless, too many times investment just hasn't delivered what it was supposed to - that epitomises ineffective procurement;
think NHS IT system,  MoJ IT system and MoJ translation services.  Equally so, if we want to pursue Policy through Procurement, that in turn suggests there are benefits we want to see realised. You may recall my critique on an approach to sustainable procurement - what benefits are realised from such hollow statements?

Those of you who have studied for MSP (Managing Successful Programmes) will have had Benefits Realisation drummed into you.  But how does that rhythm vibrate into procurement, particularly as more attention is given to outcome based specifications.

Wouldn't it be interesting if, rather than starting internal discussions with the specification, weightings and evaluation criteria, those discussions instead focused on the business case and expected benefits, and how expected benefits could be set out in the RFQ/ITT and used in evaluation of bids?  Then benefits realisation could become a common agenda item of contract management and for post contract reflective learning.

If government policy reforms and major outsourcing were communicated through focusing more on the benefits rather than the pain, they may be more palatable; we need to think not just about procurement strategy but procurement communications strategy. But a focus on benefits alone, which are unachievable is stupidity. We need a focus on benefits but informed by competence in the process.

Of course one of the principles of Benefits Realisation, is that benefits are collected (recorded) over the life of the project/programme/procurement.  Has anyone got such a 'log'?

I wonder will this be covered in the new major projects leadership academy - well at least they have plenty of case studies to cite if anyone happens to ask 'what's the benefit'?