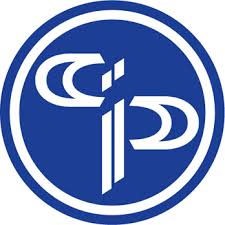 CIPS argue that procurement practitioners need to be licensed so as to "protect the public and our professionals ... and prevent disasters such as contamination of food in the supply chain and slavery in supply chains". Now that's a very bold claim and really amounts to nonsense; licencing procurement professionals could never prevent disasters such as food contamination or even slavery in supply chains and it would be impossible to produce any evidence to demonstrate that it could.

Before such a claim should be made CIPS need to provide evidence of the root causes of the food contamination debacle and the current slavery in supply chains, and whether or not any MCIPS/FCIPS have been involved. If any CIPS members have been involved we then need to understand what action CIPS took or propose to take under the CIPS Code of Ethics. If you already have a Code which should protect against such failures, fix the Code adherence as opposed to adding a new panacea. Of course, CIPS also need to have a reality check to establish what difference would a CIPS Licence have made - absolutely none I suspect.

Is CIPS commitment so deep that it will rescind any CIPS awards which have been made to any of the culpable organisations involved in these procurement scandals? Will CIPS remove from CIPS Corporate Certification any culpable organisation? Will CIPS remove MCIPS/FCIPS from any culpable members? Unless CIPS are prepared to use those existing tools then a Licence will fall short.

We then have the issue as to why CIPS have not been successful in ensuring MCIPS is the required standard for anyone in central government procurement
- wasn't that aspiration set out many years ago in Setting New Standards? Having had a UK Government Procurement Strategy which provides a mandate for the CIPS membership, why have CIPS acquiesced by giving deference to so many senior civil servants with procurement responsibilities yet no procurement qualifications? CIPS need to pause for breath and think about who they will have to convince about the need for proposed Licence and whether those key decision-makers would provide the necessary blessing.

Having said that, why on earth would government be remotely inclined to legislate on the need for a licence? As I suggest above, it would be ineffective. It would also add cost. In an environment of removing red tape from business and difficulties in finding time within the legislative process, this just hasn't been thought through.

CIPS also appear to be in denial of real world procurement in MNCs. It is a nonsense to believe that CEOs will worry about whether or not a CPO holds a licence or not - their endorsement (licence) to practice will come from a demonstrable track record and not a 'Little England' licence. That makes me wonder how the Licence would fit within the EU view of freedom of movement - are CIPS seriously advocating a protectionist stance?

CIPS could also benefit from learning the lessons of its CPD initiatives. How will CPD be made more effective and linked to membership. The Chartered Institute of Marketing have successfully linked CPD  to individual Chartered Marketer status. The CIM Chartered Marketers only retain their status through a demonstration of CPD - if CIPS were able to adopt a similar strategy would the CIPS Licence even be needed?

In conclusion, I think the proposed CIPS Licence is a flawed concept. One more label won't work where the professional body just doesn't have bite.