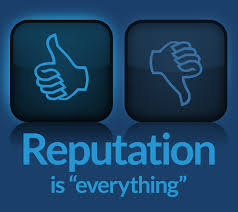 For many years I have heard about the risk of poor procurement performance damaging reputation - I'm sure you have too, I'm also sure you would have heard it from me too.

Have you ever thought though how adverse impact would be manifested?

The assumption on impact may well have been a share price decline  - bad media coverage about a procurement issue correlating with a decline in share price. At first glance that sounds logical enough but there's a major problem if the firm or organisation in question does not have shares publicly quoted. For example, public sector organisations, third sector organisations and private companies would not be quoted on the stock exchange!

Okay, so setting that aside, and only considering the share price performance of organisations like, Tesco, Premier Foods, Primark, and H&M - yes all these have had adverse national media coverage linked to procurement - could we see adverse impact on share price linked with the horsemeat scandal, wrong use of the Red Tractor QA logo, supplier late payments and profit mis-statement, supplier coercion (e.g. pay-to-stay), the Rana Plaza disaster, poor SCM conditions?

I looked at the quoted share prices, the day before the news story broke, the day after, two weeks before and two weeks after, and even considered the trends over a longer period of two years.

Now what do you think I found? Well it appears to me, without an major statistical analysis, that where you could see an adverse impact, it was short-lived (a blip) and the firm in question was already in a long-term state of a declining share price anyway - the procurement issue is unlikely to have helped but was probably indicative of wider strategic management weakness anyway.

Also interesting was when I considered firms which were perceived to have come out well in media coverage, for example, those food retailers who were praised at the time of the horsemen scandal. I couldn't find a tracker which demonstrated a benefit - they were not publicly quoted on the stock market!

What does this tell us? Well the whole threat of potential repetitional damage used in selling procurement strategy may well be mis-selling. Perhaps procurement issues are not as big an issue as we see them? Perhaps nobody really cares? Perhaps the whole notion of measuring adverse impact through share price is flawed?

What do you think?