Child labour and talk are too cheap - meaningful action is what counts. 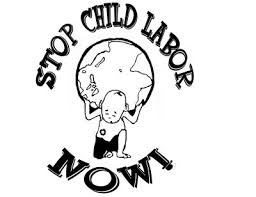 David Cameron is using a platform in Vietnam today to announce the UK's initiative to stamp out child labour in supply chains. Don't get me wrong, I find child labour absolutely abhorrent and really do believe in the power of responsible procurement. However, I doubt Cameron's initiative to stamp out child labour, based on all companies with a turnover of over £36m publishing an annual slavery and human trafficking statement, will have any significant impact.

The initiative will require companies to declare what checks they have in place. What would be considered acceptable robust checks? Will Cameron's minister who leads on public procurement be in a position to be accountable to parliament and the electorate for the steps public procurement have taken - if not it is a bit hypocritical to not to lead by example. Perhaps Cameron should add this to his wish-list of EU reforms - that will be popular but then isn't cutting red tape a big issue too!

How is the initiative going to be communicated to UK companies? August is unlikely to be the best time to raise awareness.

In companies which do become aware of the initiative who will have ownership and be accountable? Will it be allocated to the Health & Safety Officer like so much of environmental purchasing, the CFO as part of their accounting statements, the CPO who control so little of the budget decisions, marketing who will want to put a good gloss on whatever the reality is, or the risk manager who is often a voice crying in the wilderness? Whoever holds responsibility will be a good indicator of how seriously the initiative is taken - why doesn't Cameron insist there's a named responsible owner?

I assume the statement will need to be audited in some form, who will do that?

What if the companies don't comply? It appears the sanction is criticism! Is that supposed to be a serious sanction? I have previously discussed reputational risk linked with supply chain abuses and how it really doesn't seem to manifest itself  in the market. I have also questioned the conviction of politicians to see some of these great ideas through to the end rather than just looking for something to say in a speech.

So, do I expect to see some discernible change in five years against today's benchmark? Actually is there a benchmark against which progress will be measured?