When BREXIT becomes a reality for procurement 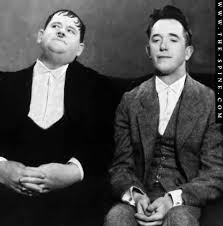 On the 24 April I Tweeted "What will life be like if the result of the Brexit referendum is 51% either way?".  The Referendum result is now known with just under 52% voting for a UK exit from the EU - hardly decisive, yet, it certainly looks as if the claims of the Brexiteers will now be tested. It is noteworthy though that just under 56% of those in Northern Ireland and 62% of Scots voted to remain - so we have a nation divided as well as nations divided!

Already the UK Prime Minister has handed in his notice but even in the remaining three months of his tenure he will wield little influence, after all he brought the Referendum on the UK and has failed to bring even his mates with him. His succession plan also seems to have been ripped up as Osborne also called this one wrong. Who should the EU negotiate with?

In March 2015 I advocated in Public Money and Management "that those working in public procurement policy and practice would do well to consider the 'what if' scenario if the threatened exits from the EU materialise as there would be significant repercussions ... and risk assess the implications for practice". I would be surprised but impressed if we had sight of those 'working papers'.

But it is not only those in public sector procurement who should have been risk managing a potential exit result - in my opinion every CPO should have drafted a high-level strategy based on the vote going either way. Now those strategies need to be refreshed and risk managed on the potential speed of the exit.

Those who claimed the UK was shackled by the EU procurement rules need to start to articulate clearly what they want to have replaced and what the To-Be will look like. Then there's the range of other EU legislation which had a bearing on UK procurement - it would be useful if a comprehensive list of the existing legislation was prepared and the dialogue started on which should remain in the longer term and which should be either revised to dumped. Of course that which will be suggested for the bin will need to be risk assessed too.

I suspect for many years we will have Cameron's strategy analysed as a case study - should he have initially yielded to the self-inflicted pressure for a Referendum? Should he have negotiated a better deal with the EU as opposed to claiming success? What was wrong with his communications plan?

I also suspect there will be winners and losers in the procurement world, those who manage Brexit well will shine, those who don't may aswell pick up their coats now.
Posted by Dr Gordy at 09:57