Brexit preparedness and armoured vehicles - what's so hard about that for procurement? 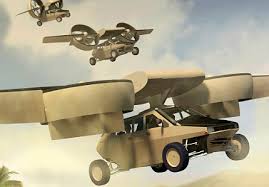 Just in case you wondered why I hadn't blogged recently, it is quite straight-forward, I've been very busy on my day job and haven't found much to say or add to the current procurement debates. I've also been really frustrated with obvious lack of preparedness to the Brexit vote - I wrote an article in Public Money and Management in March 2015 which warned:


... there is growing discomfort in many countries with their membership of the EU.  Those working in public procurement policy and practice would do well to consider the 'what if' scenario if the threatened exits from the EU materialize as there would be significant repercussions. (PMM, Vol 35, #2,  March 2015, p.95).

Well the news this week certainly suggests my warnings should have been heeded more widely across the UK public sector.

However, excuse that bit of "I told you so" - what do you make of the story in today's Times: 'MOD accused of sham contest for armoured vehicles contract'?  The gist of the story is that there are insinuations that the MOD is engaging in a procurement process while already having made up its mind what the outcome will be.  Apparently, the "preliminary market engagement" has been worded in such a way as to reduce the options to one, even though, functionally, it would appear there are significantly lower priced alternatives available!  The process is underway at the present and this stage closes on Tuesday coming.

I wonder how the MOD assessed the risk of this procurement exercise? What will happen in the rest of the procurement process?

If it turns out the potential alternative providers chose not to bid, then the media and those bidders will say it was a fix and the tax payer may have lost out - we would never know.  If the competing products don't match the needs of those on the frontline but because of media attention is awarded anyway, the frontline users suffer and also the best provider misses out on their competitive advantage. If the alternative providers do submit the required responses and then subsequently aren't shortlisted, it will be perceived as a fix and a very costly fools errant for the bidders.  If the alleged preferred supplier wins, at what is considered to be an inflated price, there will be questions, perhaps even allegations of corruption.  If the process is scrapped ... I could go on but you get the gist.

This procurement has all the hallmarks of not being a CV enhancer - why on earth can we not think procurement risk and manage it?