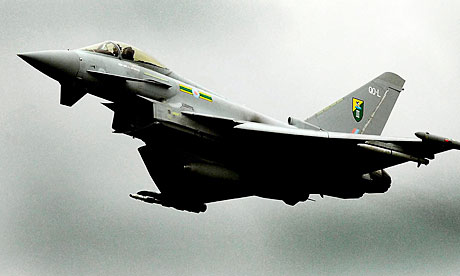 How much wiggle room is there in public procurement processes?  I was fairly sure that I could have mapped out the key steps of a public procurement process – particularly when you reach one-way valves in the system which prohibit a return.  However, I admitted a few weeks ago I couldn’t grasp how the MoJ had been able to add a home bid into a previously agreed shortlist.

Today I’m also asking myself, how could that happen?  This time the UK are convinced that they have scope to regain entry, after being excluded, to the bidding process for the Indian government’s procurement of £10bn worth of fighter jets.   France are the now the ‘last man standing’ in the procurement negotiations.

What could possibly have gone wrong that the UK bid isn’t through to the final stage? Although we have yet to hear what the debriefing will reveal, included in the suggestions is
that the UK, German, Italian and Spanish Eurofighter team weren’t aggressive enough in bidding!

The argument for readmission of the UK bid into the process appears to be that the Eurofighter would have lower whole life costs.  Yet Cameron, has said "... it is about who the Indians have assessed as making the lowest bid and therefore asked to enter into further negotiations. They have not yet awarded the contract."

Perhaps the UK austerity emphasis on ‘lowest price wins’ has been a distraction in the marketing strategy. Lowest price doesn’t need to be followed in a BRIC which aren’t in the same economic position as us.  Other factors may be deemed more important.  Perhaps India have a more balanced view of value?

Nevertheless, for the life of me, if I was advising the Indian Government why the Euroflighter bid should be readmitted, I would struggle to find a justification which would satisfy our Entente Cordiale friend Sarkozy and which will help him appease an electorate baying for blood.  Just as difficult would be, if the tide had turned, how I would justify to the consortium, if they alone had got through, why the Rafale bid should be readmitted.  What happens, in the freakish event of the Eurofighter bid being readmitted, if the Eurofighter bid wins?

If this were a UK public procurement exercise how on earth could this revisiting be justified?  Clearly I need to learn.   Any explanations would be welcomed.