Is it wise to announce a lack of confidence in your vital statistics? 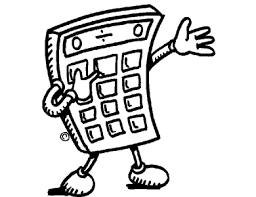 Some months ago I wrote a cautionary and fictitious blog on a future Procurement Litigation Agency. Today we may have seen the first signs that may become a reality with the government effectively announcing a lack of confidence in its own financial models.

You will recall the recent  Rail Franchise fiasco, which led to the Minister having to admit, that despite previous reassurances as to the robustness of the procurement process, the vital statistics just didn't add up. The permanent secretary put it down to "a lack of proper quality assurance"! Clearly the Franchise has set the 'cat among the pigeons' and, so low must be the level of confidence in government calculators and spreadsheets that, an urgent review has now started to test the reliability of the Government's key calculations.  Not just procurement calculations but also the accuracy of the models relating to climate change, income distribution, benefits claims, and farming subsidies. Quite honestly I have never heard the like of it before in my life!

I would like to hear what scenario planning and risk assessment has been completed on the initiative? What will happen if one, never mind the majority, of the key models prove to be defective?  What will happen if key policies have been launched and introduced on the back of flawed models? How much will all this cost?

Nearer to home, which key procurement models will be tested and what will happen if they are considered weak?  While politically a U-turn can be painful, the might of the Remedies Directive and the Freedom of Information Act may lead the government walking into a potential Procurement Litigation Agency scenario having to address an abundance of FoI requests and procurement challenges.  What will be the impact beyond central government - could the localism powers be extended to enable a referendum to be called for a review of all procurement models and decisions in an area. We are only too familiar with a war having been started on the back of flawed assumptions and 'reported facts' but that doesn't mean we can turn back the clock.

Of course the need for the review may be considered politically expedient, however, what I would advocate instead is a U-turn. Instead of a 'rear-view mirror' analysis, review the effectiveness of  scrutiny, gateway reviews, risk management and quality assurance - particularly for procurement decisions (this blog has highlighted many examples where that has proved ineffective). Such a review of the protection mechanisms will help in the avoidance of future fiascos. That will encourage honesty while the current review can only be expected to encourage defensiveness and a hiding in the sahdows, particularly given the backdrop that mandarins we now be penalised for not implementing government policy.