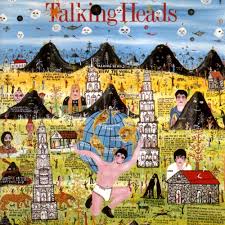 Great song that it was, if you happen to be in the area of Clare County Council, I suggest avoid singing Talking Heads' 'We're On a Road to Nowhere'. They happen to have provided one of the most interesting examples of stupid sourcing I have come across - a case study which will just keep on giving.

The cash strapped council invested $3.7m on a road (450m in length), most of which was completed three years ago, yet so far it has seen no traffic. The council didn't have all the cash to hand at the time to fund the scheme, so funded $3.2m of it through an overdraft. I'm sure you can guess the overdraft facility was not cheap.
It's not that the road is actually going nowhere, on the contrary it is going in the direction of an Information Age Park, but stops 200m short.  That 200m is to be paid for by the developer who, surprise, surprise isn't making any profits.

That's my understanding of the report in the Irish Independent  (21 November) - you just couldn't make it up.

Where do you start in drawing the lessons?


This appears to be a particularly bad example of public procurement, let's hope lessons are learnt and that it is not something we see repeated as the public sectors reduces its headcount of professional procurement staff.
Posted by Dr Gordy at 18:55