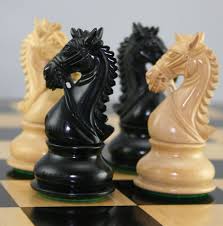 The breaking news that tonight a crack SAS squad had rumbled a gang of leprechauns under control of little green men substituting horse meat for beef in middle-earth wasn't really news at all. Let's face it there is likely to be as much evidence of that, or alternatively that the horse meat incursion was predicted by Nostradamus to coincide with the Mayan calendar and proximity of an asteroid passing earth as the latest assertion:


"Organised criminal gangs operating internationally are SUSPECTED of playing a major role in the horsemeat scandal..'

Let's remember that there even seems to be confusion as to when the horse meat was first discovered - we were initially told it was identified before Christmas, yet yesterday it was within the last month. Did no one take any action after the initial test results came through?

Wouldn't it be more helpful if we just heard:


"we're applying the best brains we have to this, we're doing our best to sort it out as quickly as we can, and we're going to make as sure as we can that you never have to be concerned about food safety again, and, yes, we are truly sorry we let you down".

Is it just possible that the only link with the mafia is that someone mentioned that quite a few contracts were involved? If that's the case the other hypothesis being considered appears to be 'gross incompetence'.

I wonder could omnishambles be awarded 'Word of the Year' this year too.