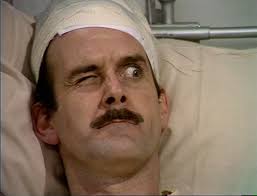 I overheard a discussion on the Thursday morning' s Today programme which made reference to BMJ published research suggesting one in three of GPs involved in the new CCGs have a conflict of interest - I couldn't access the report but you can read more here. The actual expenditure at stake is £62bn.

Last week I discussed the chaotic nature of how new commissioning rules are being cobbled together inside a month.  We also know from Ben Goldacre's excellent Bad Pharma that, in spite of self-professed business acumen and nous, GPs are not immune from the wily salesman.

The NHS Code of Conduct, insofar as procurement is concerned, implies that it is okay for those who have declared a conflict of interest to participate in discussions but be excluded from the decision making. To me that is insufficient and needs to be significantly strengthened during the rewrite to the new procedures to ensure that those who have a conflict of interest absent themselves from any related discussion and, any perceived undue influence in the procurement process is treated with sufficient seriousness to act as a deterrent.

We know procurement fraud costs money, we know there is a lack of personal accountability, we know the Code is weak, we know there are a lack of skills - what we don't know is how big a scandal some of those involved in CCGs could be walking into out of ignorance.

This change management process does not inspire confidence - anyone aware of the risks having been assessed?

PPS in a later blog I expand on this and suggest where conflicts could arise.
Posted by Dr Gordy at 00:01