"Generally the MoJ is seen as doing good work in the procurement area"? 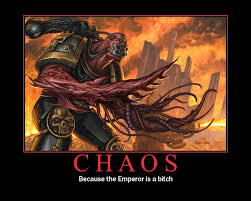 I'm going to leave it to others to dissect the G4S and Serco overcharging for tagging the Ministry of Justice. I fully expect a deluge of blogs. Nor do I intend to catalogue the long list of MoJ procurement issues which I have discussed previously.

I also want to remind you that I questioned the value of evidence given to the PASC Procurement Inquiry when one of the 'experts'' stated "Generally the MoJ in seen as doing good work in the procurement area".

The big issue to me is the decision of the Lord Chancellor to launch and internal investigation into contract management based on evidence that MoJ officials knew as far back as 2008 that there were issues with billing. If that proves to be true our profession has been discredited.

I want to learn of the evidence that was uncovered and why that wasn't reported? I want to know how broad, deep and high the awareness went? I want to know whether fraud was involved or corruption? I want to know how much money this has cost the tax payer? I want to know what will happen to tagging if there are only two providers and both are found at fault? I want to understand how these organisations have become so powerful suppliers to the public sector that it appears a blind eye is turned to past misdemeanours? I have long called for personal accountability, will we see that?