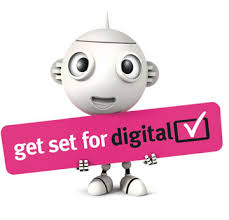 Today's Times declared "Switching from paper to online might save Government £70bn" and there was mention made of procurement. The Title: 'Smaller, Better, Faster, Stronger: Remaking government of the digital age"  was captivating, and Twitter implied the Policy Exchange's report was a must read for anyone interested in public procurement. The scene was set of a document raising the bar for procurement.

Set aside that the Foreword is filled with political point-scoring. You discover in the Executive Summary there are three big opportunities espoused, one of which is electronic purchasing. Reference being made so early to 'purchasing' should have rang warning bells, but hey, we're still talking about BIG OPPORTUNITIES in the government use of digital and this "is primarily concerned about the big-picture priorities for the 2015 parliament" (p.14) regardless of who governs.

A fairly selective literature review comprises Chapter 2 - strange not much reference to the body of knowledge. policy and strategy relating to eProcurement in the public sector!

76 pages - yet really only page 36 and part of page 37 discuss the BIG OPPORTUNITY of 'purchasing'!

There are, however, still large potential savings from digitising the way government interacts with the suppliers - and this goes broader than spend on ICT. Within government, moving to widespread electronic purchasing would deliver two significant sources of savings. First, increased transparency on prices would promote the best price for a given product. ...

Second, an easy-to-use marketplace with extensive automation and electronic invoicing would strip away some of the need for large procurement functions in individual government departments - and in many cases responsibility for purchasing could be pushed   back down to users.

That's it. That's the BIG OPPORTUNITY!

After that enlightenment we have the quoting of BDOs report  that "organisations could save between 3% and 10% on the price of low cost, frequently purchased items" - how many times can the same potential savings be counted and what about those parts of central government which have already embraced P2P and pCards?

There is some reference to the Crown Commercial Service and the assumption that "much government purchasing will remain decentralised" (p.37).

This is an aspiration of getting central government procurement to where it should have been at the turn of the millennium. It isn't much different than the aspiration of the new EU procurement directive. It doesn't pick up on some of my own suggestions for digital procurement strategy embracing Social, Mobile, BYOD and Big Data. It doesn't even pick up the work we have been led to believe the Government CPO has been doing on with data analysis. From a procurement perspective, it lacks vision and ambition - this is deja vu.

Actually it's not a big opportunity at all - it is raising the bar, only insofar as a limbo dancer does.