Is putting on the Ritz compatible with centralised purchasing change management 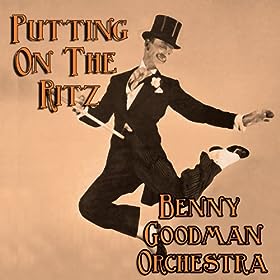 Some of the greatest challenges which face procurement have been how to put in place collaborative purchasing arrangements, avoid maverick buying and ensuring adherence to  corporate framework agreements. We heard yesterday that the Crown Commercial Services are making use of outside support and one of the areas of help is centralised buying. We're also familiar the preciousness of identity, for example, the difficulties of getting England's 43 police forces to agree on a common specification for white shirts - a problem which the Gershon Review highlighted a decade ago, yet still persists.

Part of the problem is that individuals like to suggest they are in such a position of power and in that position they have the the freedom to exercise choice by opting to step outside what is okay for others - what is good for the goose isn't always perceived as good for the gander. The problem is also actually about change management - you need a compelling justification for the 'corporate deal', you need to have brought key stakeholders with you and won their heads, if not their hearts, and you need clear and consistent leadership by example. If you can get the Chairman and CEO to use the corporate deal, for example, for travel policy, you're well on the way - if you can't get them to adhere, then all sorts of excuses, justifications and exceptions start to materialise.

So given that CCS hope to get greater adherence for their bulk purchasing better buys, today's revelations in the Times that the Chancellor has opted out of lower cost (free) accommodation at 'The Ambassador's' and instead chosen to stay in private hotels (£289.97/night) is either a a threat or an opportunity for their strategy.


The CCS can demonstrate that the accommodation was justified for some operational reasons and at a corporately agreed rate; the Chancellor could agree to pay any additional costs himself if that he'd made a personal decision to opt for the more expensive hotel option, and say that principle will apply to all those who opt out of CCS 'better buys' in the future; or the Cabinet Office Minister for procurement could say that the Chancellor has acknowledged a mistake was made, made a personal apology, and on a 'three strikes and you're out' policy, has agreed that all expenditure which he is personally accountable for will in the future be using CCS better buys and he intends to lead by example.

CCS need a clear strategy for gaining ownership of their centralised purchasing deals, the exposé of the Chancellor's accommodation is an ideal opportunity or is it just the example mavericks want.