Invisible ink used on the script of HS2 justification 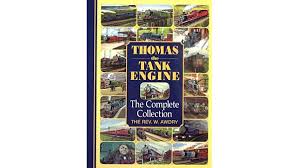 It's very strange that a Government which advocates transparency wants to be very, very opaque. Wasn't the argument for transparency that the army of armchair auditors would be able to call their political masters to account and only those who had something to hide should fear transparency? I suppose you can understand the desire for opaqueness when it comes to the Department of Transport who suffered badly when the figures behind the West Coast rail franchise were exposed to scrutiny and unravelled? Understanding isn't the same as justification though.

Transparency delivers other benefits. The armchair auditors can be part of the risk management process providing constructive critique and highlighting risks which might otherwise have been overlooked.  Transparency also wins stakeholder confidence and helps with change management. Those benefits can't be realised if you opt for secrecy. Yet, in an age of Wikileaks and Edward Snowden does anyone seriously believe the Report will remain concealed?

However, the latest act in the HS2 farce is the decision yesterday, not to publish a report of the Major Projects Authority by invoking a bizarre workaround of the Freedom of Information Act. Withholding the report only feeds the beast of cynicism and further undermines confidence in the project. Not only that but it forgoes the benefits of transparency and makes it more difficult to argue that others should provide visibility of their decisions.