Scepticism, the pursuit of happiness and procurement 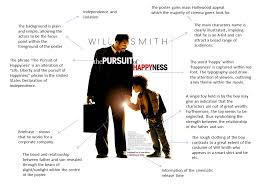 I remember, around 20 years ago, insisting I signed-off a consultant's report before it was presented to the major decision-making body for approval. The budget holder was aghast and saw me as being awkward. Then we discovered the consultant's recommendations were flawed and, had their recommendation gone through, the wrong choice would have been made. Sometimes the CPO shouldn't be too deferential.

There was a terrific example of the little guy being proved right in last week's Guardian. A leading academic in the field of mathematics of happiness, had the smile taken off her face when a Master's student exposed a flaw in her argument. Now the text books need to be rewritten.

This isn't the first time Goliath's of academia have been laid low by a sceptical David. You may recall a not dissimilar case last year when the highly influential, Reinhart and Rogoff, who had supposedly cracked austerity had flaws in their analysis exposed by a postgrad student.

The next time you encounter someone presenting a strong argument for some procurement decision which you don't feel quite comfortable with, I suggest you remember, Brown and Walker - the two Giant slayers of academics - and recognise that even those who expect deference can be wrong and if they are right, surely testing the robustness of the argument is something the CPO should do anyway.
Posted by Dr Gordy at 18:48