The arresting case of police vehicles and procurement 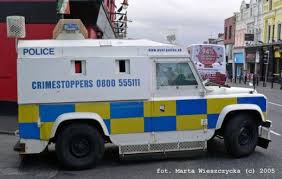 The UK fight on procurement fraud, bribery and corruption moved up a notch today following the arrest of six involved in the award of contracts for police vehicles in Northern Ireland. As part of the investigation the police have also seized computers.

It is interesting that the PSNI have made reference to trying to establish whether there has been a breach of their Code of Ethics. of course it is good that they have a Code of Ethics, but sometimes I wonder what purpose such a Code has if it is not widely communicated and, dare I say, 'policed'.

Then again will PSNI be subject to the strict liability of the Bribery Act for failing to put in place measures to prevent bribery?

Then of course we have to see how CIPS will react if any subsequently found to be guilty turn out to be CIPS members. Will they be subject to CIPS discipline? If that is the case CIPS will be able to use that as a warning to its membership around the globe.

I will watch this case with interst - it has the potential of a precedent for the Act and CIPS.

PS you may find my related paper published in EDPACS, which can be downloaded here of interest.