Can the Major Projects Authority deliver? 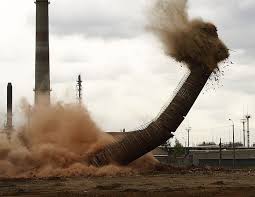 The Financial Times reported this week that John Manzoni, head of the UK Major Projects Authority,  has now lost critical expertise due to outsourcing and now lags "five to eight years behind business". He also implies an absence of execution and delivery skills - that's not a big surprise as I have frequently discussed the gap between policy and implementation. A related article then talks about the scarcity of skills in Whitehall to deliver big programmes.

Let's be honest, the average man or woman in the street could have said that.

But the average man and woman in the street wouldn't be in a position to understand that there have already been many, many, many years investment in MSP and PRINCE2 training over the years. There have been no shortage of methodologies and training opportunities, either - reflect on the former Civil Service College prospectus.

While I support the notion of the Major Projects Authority, my prediction is that it will just join the plethora of other good but failed ideas.  Sadly, it too, will in all probability, fail in delivering the desired outcome. Why? Well quite simply, we don't need school lessons on why projects fail. We need  a breed of managers who are brave enough to say to politicians: "No - this isn't the best approach", "We're not ready yet",  "We haven't sufficient resources", etc..

The problem is that those good writing and negotiating policy are politicans echoing what Politicians want to hear - they are diplomats as opposed to change managers. Perhaps they see implementation as 'lower down the food chain". Rewards, in the form of promotions aren't for delivery, they are for political nous not the bravery to speak truth.

Can the Major Projects Authority itself deliver? I don't think you can change the DNA of those who have been groomed in risk aversion. Nevertheless, let's revisit this blog in five years time and see if I am wrong.