Strategic procurement programmes: Before and after 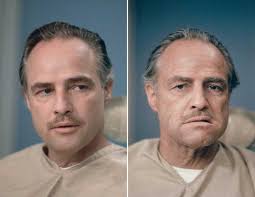 We're all familiar with the 'before and after' images which so often paint a picture that suggests 'after' is more attractive than 'before'. If only that were the case with strategic procurements.

After years of 'before' trumpeting the anticiapted aspirational success of the NHS National Programme for IT, a programme which appeared to be the offspring of political egotism, the first signs of faltering, and the cosmetics of a name change, now politicians want answers:

"There has to be a reckoning. We have to know how much money has been squandered and what could have been done instead."

"If the people letting the contract have made a catastrophic, gargantuan mistake then there is an opportunity cost. It is the taxpayer who has to fork out money for what should have been spent n services they need."

To me the NPfIT was clear who was leading and the governance structure to be used. But back in 2011 I asked what happened to the application of Gateway Reviews on the Programme. Of course MPs received NAO reports on the Programme's progress too - they were not ignorant of the risks.

So when the Public Accounts Committee and the Public Administration Select Committee sit down looking for answers, I hope they start by considering their own role in oversight - didn't they have a responsibility to the electorate? They could ask about political pressure that that was exerted and if civil servants 'pushed back'? They could then ask about who was getting paid for Programme leadership, where, when and why it went wrong? Then they could get the detailed findings of the Gateway Reviews? Then look at the risk register, how it was reviewed and when and what actions were taken? Then they could look at similar debacles, of which there are many, forget the political rhetoric and posturing? Finally they must ensure an environment exists which ensures there are very real penalties in place for those who should have blown the whistle on this and similar programmes yet didn't - did they lack the knowledge or the spine?

Unfortunately the 'after' looks fairly ugly for this Programme but perhaps the Beast could spawn some Beauty's for the future.
Posted by Dr Gordy at 23:56