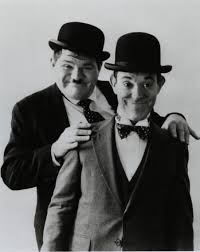 There was a time when Tesco was held up as the exemplar for procurement; that changed with Horsemeat. But today things just got significantly worse and a strategy of late payment for suppliers paralleled with charging suppliers for prominent placement seems to have led to 10% fall in share price and significant reputational damage. Euphemistically this is referred to as 'profit overstatement'. Will CIPS' condemn this as unethical and flex the new disciplinary process?

But while the big news story was on Tesco's 'overstatement', tucked away inside the Times was a related story about one of Tesco's suppliers, Moo Free Chocolates. Moo Free Chocolates have named and shamed Tesco in a late payment dispute - Tesco, it is claimed took five months to pay £6,000 while no such problems were eencounteredwith Sainsbury's and Waitrose.

Wouldn't it be interesting if the main political parties, who are now holding their Conferences, announced, that if they win the election, they will introduce a naming and shaming register of late payments - perhaps that would be the single best thing they could do to help SMEs!