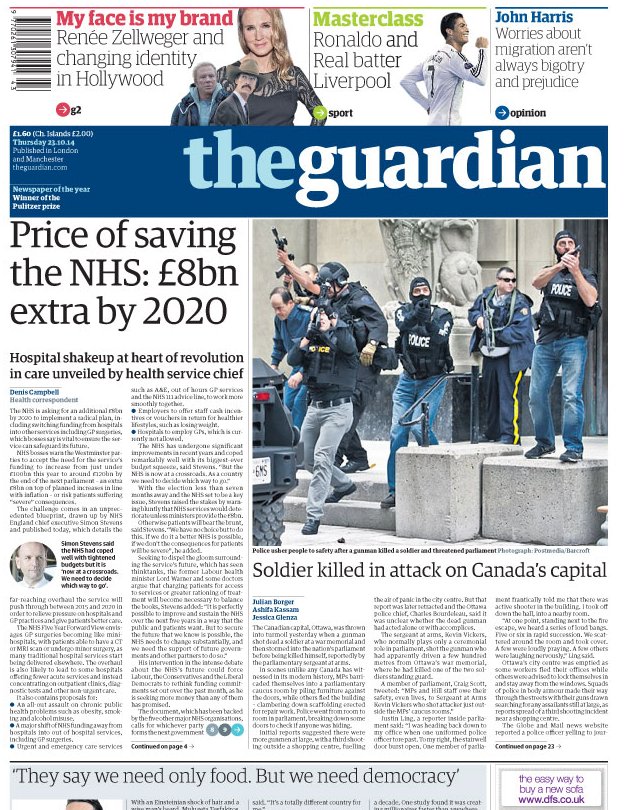 Today NHS England launched its Five Year Forward View - of course it is no surprise that the NHS faces an enormous financial black hole, around £8bn!  What is surpassing though, faced with money needs, is that in 38 pages procurement/purchasing only get two mentions. The first relates using purchasing power to improve the 'health warning on labelling, and the second, the grand IT system procurement failures:


... So for all of these major health risks – including tobacco, alcohol, junk food and excess sugar - we will actively support comprehensive, hard-hitting and broad-based national action to include clear information and labelling, targeted personal support and wider changes to distribution, marketing, pricing, and product formulation. We will also use the substantial combined purchasing power of the NHS to reinforce these measures.


Part of why progress has not been as fast as it should have been is that the NHS has oscillated between two opposite approaches to information technology adoption – neither of which now makes sense. At times we have tried highly centralised national procurements and implementations. When they have failed due to lack of local engagement and lack of sensitivity to local circumstances, we have veered to the opposite extreme of ‘letting a thousand flowers bloom’. The result has been systems that don’t talk to each other, and a failure to harness the shared benefits that come from interoperable systems.

This strikes me as a terrible indictment, that in addressing such a financial shortfall, procurement gets such a 'bit part' and that one is about the woes of an ill-conceived and delivered IT strategy.

Has NHS England decided it has exhausted the 'procurement opportunity pot', has it decided getting the value from 'the pot' is too hard, or has does it just overlooked the 'procurement pot of gold'?  I know there are some great people and ideas in NHS procurement - why has their contribution been overlooked?
Posted by Dr Gordy at 11:28