The impact of belief in value for money 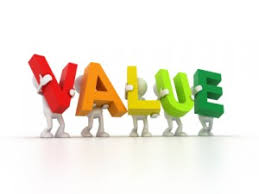 Today's Times includes an interesting report on how perception of a more expensive product influences outcome. The report is based on research published in the American Journal 'Neurology'. In an experiment a group of twelve Parkinson's disease sufferers were given two placebos and told one was more expensive - they were told one cost $110 and the other $1,500. Remarkably those given the perceived to be more expensive placebo actually had a 28% improvement in motor skills compared with those on the same placebo yet perceived to be less expensive!

The researchers think the 'expectation of reward response' may have had an impact on the outcome - interestingly eight of the twelve particiants said that they had greater expectations from the more expensive (placebo) drug.

How often do we hear specifiers refer to evidence of better performance from in a procurement process - could that evidence be based on 'expectation of reward response' or rose tinted spectacles?

t would be interesting to know the impact on an evaluation if evaluation panels were given pricing information which implied higher quality?

Of course it would be unethical and unacheivavble within the Regulations, but what would be the perception of users if they were told a public sector organisation had opted to provide a more expensive solution based on citizen preferences?