On Thursday I was in a key meeting with a new supplier trying to protect buyer interests.  I was absolutely convinced I had turned off my phone, but low and behold my phone went off. I quickly glanced at who the caller was and texted an apology to say I'd get back within the hour.  In those brief few seconds though I felt
I'd been unnecessarily distracted and took a few moments to catch-up on the discussion - I was disappointed with myself.  Nevertheless all my objectives from the negotiation were thankfully achieved.

As I always do after negotiations I went through my personal debrief.  At that stage I recalled previously orchestrating my telephone going off in a negotiation to good tactical advantage - I'll not explain how lest I use that approach again.

So in a nutshell a phone interruption can provide an advantage or disadvantage in a negotiation.

Almost simultaneously with my phone going off on Thursday the same thing happened in another negotiation . To me a very unconvincing negotiation was taking place with a news reporter when the interviewees' phone went off?  Why on earth did the phone go off during a television interview?  Why did Di answer it as opposed to ignore it?  Was it a prearranged tactic which went wrong?  Either way at the end of the television (negotiation) interview the interviewee was not in an improved position, and if anything, significantly weaker.  I think Di made a bit of a boob.

Speaking of boobs.  As I watched Newsnight tonight I was mystified by the negotiating tactic displayed by the NHS trying to reassure potential victims of the PIP implant scare.  Previously I have discussed the potential costs for the NHS.  All was going well it was announced that NHS patients would be provided the option of replacement of PIP implants.  My mind went into overload with the paradox - great example of provider responsibility but have the NHS just admitted they are not sure about whether or not they have bought implants based on lowest price with a high WLC. 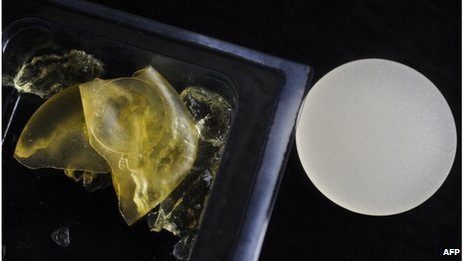 Then I nearly feel off my seat as I heard the interviewee announce that while the NHS intended to 'name and shame' providers who didn't follow the NHS responsible example of providing free implant removals.  If the private sector providers chose not to give women that option, then the NHS would step in and provide the removal with the hope of recovering not just the implants but the cost.  What are the implications?  Well providers who are at fault and view their long-term sustainability as in doubt (the threat of going bust) are likely to opt out, take the money and run - why would they not.  In parallel, those who have been objecting to NHS commissioning reforms have just been given additional ammunition.

I wonder if No.10 advisers watching Newsnight recognised another boob, and wished that B had his phone on so they could have called him up, and said, "Hi B, it's D...".