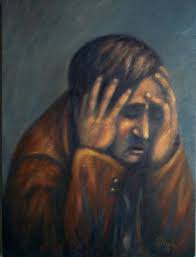 Is there such a thing as personal accountability? I think there is a skewed version of it, 'responsibility', when it is used for job evaluations but it means little in terms of the downside 'being held to account'. I am now convinced we need to revisit 'the buck stops here' concept and bring some meaning to personal accountability. When something goes wrong, it is not individuals who carry the can but faceless institutions. When something goes wrong, it is not individuals, and frequently not even the institutions, who pick up the tab, but the tax payer.

Today we have learnt that failures in 'the system' could lead to that taxpayer picking up a potential bill for millions of pounds as a result of Savile's abuse. Let's be clear, Savile was wrong and appears to have been a totally unpleasant person. But Savile was not alone in blame - also in the dock are the Crown Prosecution Service, Surrey Police, the Metropolitan Police, West Yorkshire Police, BBC and the management of so many of the organisations which 'failed to protect'. If the individuals managing these organisations had managed irresponsibly, it strikes me, that if cases were taken under health and safety legislation those who oversaw such failures would be potentially facing for custodial sentences - had that been the case they may have treated 'responsibility' more seriously.

But it doesn't stop with Savile though, think of Hillsborough.

Then consider the case of making inappropriate employment decisions. I have already discussed unusual appointments to some procurement positions. The potential cost of benefits lost or foregone is not  personally carried by those who make the appointments, nor would the cost of any employment tribunal.

But what about those 'responsible' for procurement decisions?
The costs which flow from EU procurement challenges which are directly linked to a lack of professionalism are not borne by the 'professional' but by the organisation. Where is the personal accountability?

Something similar appears with failed projects and programmes - the concept of Senior Responsible Owner is quite different from personal accountability.

To start the discussion I would place the straw man of rather than tax payers picking up the tab, make sure those organisations which failed incur a proportionate cut in their budgets - "lessons have been learnt" just isn't good enough. Then put in place a method of cascading accountability to those who held political and managerial responsibility - name them and make it clear how their 'accountability' will manifest itself, perhaps through withholding increments, a freeze on their access to promotion, etc..

Transparency became a mantra, why not make sure it sits side by side with 'accountability' and the costs of failure?