Is 78% non-compliance with procurement procedures the tip of the iceberg? 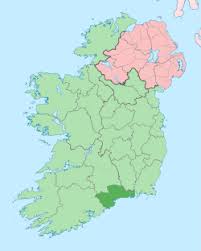 Waterford City Council, reported to have 78% of a sample of procurements audited to be non-compliant with procurement procedures and, 40% of contracts awarded without a procurement process must be up there with a claim for the Guinness Book of Records - it certainly places them on the procurement map. Almost €219k had to be returned to funders as it was not spent in accordance of the rules (mind you this is not the first time we've encountered this risk of claw back of money previously spent).


The Council's defence is also potentially worthy of an award in itself:

"Whilst acknowledging that the full rigours of the procurement rules were not adhered to, the adhered to principle of obtaining value for money was of upmost importance"

It is inconceivable that the Council can believe their own rhetoric in the absence of a more comprehensive review. Unfortunately, I can visualise that flawed defence being echoed many times in the future by CCGs given their poor foundation.

Insofar as I can base my views on the Internal Auditors Report, I agree the need to professionalise their procurement and embark on a skills development programme but I personally don't think that will be suffice.

I suspect that what we are seeing is only the tip of the iceberg. The administrative processes for the receipt and opening of bids, and a sample review of tender evaluations were not included in the review. I suspect the inclusion of those areas within the audit could have revealed a minefield open to corruption and awards not made to the most economically advantageous tender. Nor did the review consider the effectiveness of contract management - can the constituents of Waterford really be confident that their Council are getting what they have paid for?

Why not give the Internal Auditor's Report a read and use it as a test of your own organisation - it would be great to hear from you if you can beat the benchmark of 78% non-compliance.