Brinkmanship at the NHS 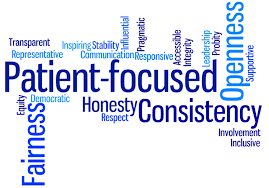 I've been discussing Clinical Commissioning Groups and the various twists and turns for some time - there's no denying they're turning into one of those procurement case studies which just keep on giving.

A very quick summary:
I'm sure there's no suggestion that GPs have less to gain through CCGs since the conflicts of interests were highlighted. Nor, I'm sure, is there any connection between the suggestion that the GPs contracts should be renegotiated by ministers and at the same time CCGs are precious to ministerial aspirations for the reform of the NHS.

You could of course view the whole thing as a shambles. But then again you could say it's just brinkmanship. It does have the appearance that one side is better at negotiation than the other though.