A reality check on the market impact of the Dhaka disaster 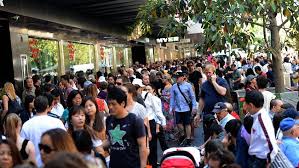 Hopefully no reader of this blog is remotely in doubt about my abhorrence of the low price/high human cost sourcing strategy pursued by some clothing retailers which contributed to the loss of more than 1,000 lives in Dhaka.(For example, see here, here and here)

But I think we need a reality check as to whether or not "(p)eople will think more carefully about where they spend their money, and the statement they are making".


Personally, I would like to see that evidence before I would believe consumer impact will lead to a change to more responsible and accountable procurement.

However, loss of sales shouldn't be the sole reason for organisations to 'buy with a soul'. The public shaming of the finance industry doesn't strike me as having led to major changes in bank customers behaviour, yet the finance sector does appear to be making small steps towards 'doing the right thing'.  We need the 'Primark/Matalan ilk' firms to be more concerned about 'doing the right thing' too. But 'doing the right thing' is very subjective - think of all those in the former UK clothing industry who lost their jobs over the last century when decisions were made to shift and source from 'low price countries'.

The buyer, who may have benefited from increased profile at the boardroom table as a result of recent supply chain failures can only help their organisations see options, they are unlikely to be the sole decision maker. If the buyer embarks on a personal crusade they may well be dysfunctional. It could also be argued that if buyers were the weakest link why haven't CIPS called to account those who are perceived to have breached CIPS Code of Ethics?

Now that doesn't mean we should turn a blind eye to the issues and do nothing, no, we should:

We may need a reality check of what will drive change but that doesn't mean change can't happen.