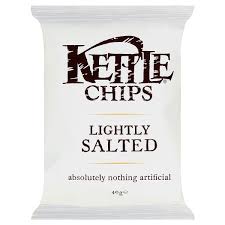 Over the last week I had cause to think about the buying bags.

One of my daughters asked me to price a bag for her, let's call the brand, 'Longshot'. Well, I spotted the bag in a department store for £45 and decided to compare the price in the almost adjacent 'Longshot' shop, £48.

Nevertheless, I informed my daughter of the bag price, and that there was a 'look-alike' bag available at almost half the price. She wasn't interested in the 'look-alike' alternative as a member of the Royal Family had the 'Longshot' bag.

Hypothesis 2: Perceived celebrity endorsement can increase perceived value. Hypothesis 3: Paying for a branded bag, with no discernible difference in specification, can be twice the price or an equivalent.

Thankfully, she decided to delay the purchase until I was next in the Duty Free at Heathrow.

The next day, Friday, I was at the Chelsea Flower Show. As you arrive, it is worth noting there is a bag search - most people are carrying a bag. After entering the Show you can easily get a free bag from the main sponsor - and this year you may also have received a free poncho. Those bags are both functional and weather proof but do not have the year of the Show printed on them. You see many people carrying those bags at the Show. But there is also another bag, which appears, much more sought after, namely, the 'The Daily Telegraph' bag. It's cotton, printed with the year of the Show and quite a nice graphic. The Daily Telegraph bag, naturally enough, contains a copy of the Daily Telegraph. The bag is not weather proofed. The strange thing is that those bags are like gold dust - you see many people with more than one but, like some black art, you have no idea where they come from. This year I found out. For a brief moment a 'bag carrier' arrives, word goes out via the Bush Telegraph, a 'mob' gathers round and, for probably no more than two minutes, bags are dispensed free of charge. It's not the content of the bag they want, the newspaper, no, it's the bag itself! So you can expect to see bag devotees wander round the Show laden with free bags, carrying little in the bags ironically, other than bags. Then there's another bag the 'official RHS Chelsea Flower Show bag' - this year you could buy one for £12 and, low and behold, rather than use it to carry stuff in, protect it by placing it in one of the sponsors free bags! You may be asking 'why the bag search at the entrance?', well clearly those attending the Chelsea Flower Show bring a bag with them.


Friday was a cold and wet day at Chelsea. My wife suggested taking refuge in what we thought was a cafe area. Insufficient seating indoors and an outside area with seating but no protection from the rain. As I queued to pay for the coffee I spotted the bags of crisps - £1.50 for a bag although they can be bought outside the Show for 50p - I was not tempted. (N.B. on my journey back home, while I waited for my flight, I had access to the business lounge, low and behold the same bags of crisps, free of charge.)

Hypothesis 8: Price comparison is a nonsense if you do not have access to buy at that price.

Saturday was a lovely day so we decided to visit Hampton Court Palace, former home of Henry VIII. We enjoyed ourselves and then, with just enough time time available before having to catch our train, we visited the 'Kitchen Shop'. You guessed it, there we found Hampton Court Palace bags on sale. Having procured three bags yesterday, I asked my wife what she was going to do with this bag, which was smaller than any of yesterday's, she replied "I can carry my lunch in it". As I'm sure you expected, all my CIPS training flashed before my eyes in an instant and I reached for my wallet.

To cap it all, I revisited the 'Longshot' bag purchase in the duty free area of Heathrow. Once again, the 'Longshot' shop were more expensive than the almost adjacent alternative supplier, although both were marginally cheaper than the Thursday options. A quick text to my daughter provided the reassurance I wanted to hear. No, don't make the purchase, that was despite the purchase being so desirable on Thursday.

Hypothesis 10: Causing a delay in a purchase can lead to a revision of the justification to buy.

All this bag purchasing is not without irony. In Northern Ireland we have a polly bag tax, buy something and you will be asked if you want a bag, if you require a bag you will be charged 5p tax. Now, the next time I am in a shop, having been involved in the procurement of a number of bags over the last week, do you think I will have a bag available to place the purchase in? ...