Bring on the Procurement Star Chamber 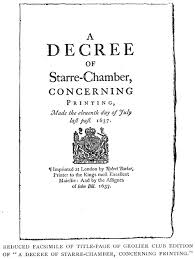 There's something quite remarkable about the concept of the 'Star Chamber' which seems to have been lost in today's political dumbing down and popularising of the approach - it existed until 1641 to enforce laws against those so powerful that the traditional courts would never act against.

Consider the Opinion piece in today's Times, a great deal of which had already been discussed in this blog in the context of the evidence given to the Public Administration Select Committee inquiry into public procurement. Now it is clear to me that some very lame excuses were given to PASC justifying poor implementation of procurement policy and strategy. After all, if those charged with implementation can't deliver, why on earth did they, or their predecessors, not make it clear when the policies where being drafted that there was neither the readiness to change or the skills necessary to 'make it happen'. The PASC was just too chummy and lacked any real sense of personal accountability - I don't believe for one minute that much will change in the duration of this parliament.

However, I would like to pick up on one aspect of the Opinion piece and suggest a way forward:


Some mandarins are refusing to renegotiate IT and procurement contracts to get a better deal. "It's all about saving face ... they've signed off rubbish contracts and they don't want to admit it".


If we really want to bring the transparency to public procurement and accountability we need to expose and explode these myths if they are not true. But if they are the truth, we need to find a way forward so we are not replaying this discussion in another decade.

There has been a long history of 'the great and the good' of business being asked to provide their opinions on what is wrong with public procurement - it's easy to throw those stones. Yet, in almost thirty years that has delivered little change - that model just doesn't work. However, why don't we just use that type person and deploy them on Procurement Star Chambers. Let the Procurement Star Chamber sit in judgement over the implementation of public procurement policy and strategy, let it be linked, at the very least, to the civil service performance management system too. Let the Star Chamber establish if bad contracts have been entered into, where there is scope for renegotiation, and whether the  reluctance to do so is based on face saving? Bring on the Procurement Star Chamber if you want to get beyond the rhetoric and 'make' change happen.