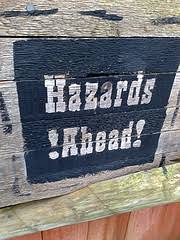 What have the Britain's Got Talent egg-thrower, Twitter-gate and PRISM got in common? Well the answer is they are all had contractors who behaved inappropriately, and brought embarrassment and loss to their client.

Last week I posted a blog on Dark Procurement which was previously a guest post on Spendmatters - it was fascinating to read some of the comments on the Spendmatters' post. I think it is fair to paraphrase the comments as saying, 'CPO's should act in line with their personal beliefs and conscience even if those personal beliefs are in conflict with those of their employer.

In BGT, Twitter-gate and PRISM we see examples of the contractor acting on their judgement/conscience as opposed to the clients - I'd really like to hear from CPOs who believe that's acceptable performance of a contract? But isn't the argument that CPO's should act on their conscience something similar?

What these examples highlight is moral hazard. When you're dealing with individuals who provide some form of personal service you face the risk of 'will they do what they're supposed to', which isn't easy to protect against. So we have Simon Cowell with egg on his shirt; Newsnight resignations; loss of Booz Allen Hamiton's share value;  NSA, GCHQ and the Foreign Secretary all being diverted from what they should be doing and paying a high cost due to a maverick contractor.

It really doesn't matter whether or not you believe the maverick was 'doing the right thing' if you were the CPOs who bought them but it does matter if the CPO didn't demonstrate due diligence.
Posted by Dr Gordy at 17:07