On procurement of aircraft security 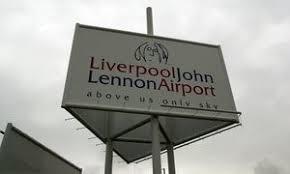 I am, by any definition, a frequent flyer and, like so many, one of the banes of my life is airport security. I am astounded by the lack of customer focus and also the delight some of the searchers appear to get through making travel more unpleasant.

Some months ago I was asked by the security at Liverpool to remove my shoes, I asked why, and she told me it was just because she wanted me too.

A few weeks later, I observed ladies with flip-flops being asked to remove them - once again it appeared to be, 'just because'. The same day I was asked to remove a watch just to satisfy the searcher - I have worn near enough the same watch for 25 years without having been asked to remove it. Nevertheless, with due deference I had to comply, then forgot the watch was in the tray, dropped it and broke it. Needless to say that was my fault as opposed to an over zealous searcher who appeared to be in the wrong job. I complained, gained some solace in that other searchers said they wouldn't have asked me to remove the watch, completed a complaint form, and I still await even an acknowledgement.

Last week every single person going through the alarm system of the queue I was in appeared to trigger the alarm. Common sense would suggest there was something wrong with the alarm system but that wasn't being addressed. The result longer queues and more frustrated travellers, some of whom, like me barely caught their flights.

To me there should be at least two sides of successful delivery of the airport searching contracts. The first is customer experience, and the second prevention of threat.

I think I have made clear I find the first sadly lacking, so what about the second, prevention of threat?

Well last week, as I said,  everyone in my particular funnel, appeared to trigger the alarm, yet last week the prevention of threat appears to have been deficient too - those staff who appear to me to be over-zealous missed two knifes and two improvised explosive devices in a security test!


"This particular incident we are talking about was part of our ongoing training programme, where we deliberately put items through... We are constantly looking to improve as we learn more about items that are brought through and how they can be hidden".

I'm sure to their great relief, in this case the provider is not G4S.

Somewhere behind this service is a procurement and hopefully contract management. I would really like to know how airport security contracts are constructed to incentivise my two basic criteria - as a traveller I have never been asked about my experience, my complaint about the broken watch never even acknowledged and clearly the tests lead to questions about effectiveness. While the operations manager refers to an ongoing training programme, I really wonder where good contract management plays into the equation - I cannot believe airports set out to contract for bad customer service so where does it all go so badly wrong from the travellers' perspective?
Posted by Dr Gordy at 00:44