What does capping HS2 spend mean? 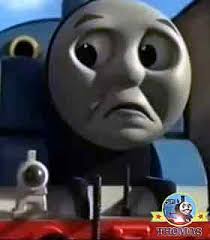 There's a peculiar paradox with HS2 - while the proposed costs just keep on taking from the public purse, for a blogger the whole saga just keeps giving.

I first highlighted problems in the approach away back in January and there's been a steady stream coming down the track since then. We also had the high profile reporting of the Institute of Economic Affairs expectation that the real cost is likely to be £80bn, even though Steve Ashcroft had blogged to that effect early in July. This week there appears to have been confusion among key stakeholders what the budget comprises: the Transport Secretary says £42.6bn, the Chief Executive charged with the implementation says there's an extra £7.5bn for rolling stock, and the Treasury are reported to be working on a figure of £70bn.

Now we have learnt, amid nervousness in the Labour ranks, the Shadow Transport Secretary wants to cap the spend at £50bn. What does that mean and what are the implications?

It is quite easy to make a statement of capping expenditure but I fear this could come back to haunt the Shadow Transport Secretary.

My own personal prediction is that we have not heard the last of HS2 procurement, by a long shot.