PSNI dysfunctional procurement strategy: A case study or 'who done it' mystery? 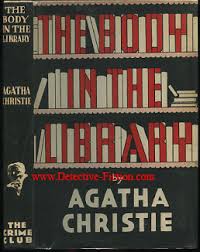 Two years ago I discussed the PSNI's procurement of temporary staff, many of whom had just retired from jobs in the same organisation. This week the Northern Ireland Assembly's PAC published its inquiry report - ten recommendations of which seven relate to procurement. The 'case' should be of interest to all those organisations which make use of Agency staff.

Those with an interest in procurement strategy as opposed to public policy could look at the Inquiry slightly differently. Is this one of the few situations where there is evidence of a procurement approach actually working in opposition to the intended outcome of the legislation? Cynically, was a procurement approach requested which would satisfy the PSNI's (Police Service of Northern Ireland) objective of 'getting round' the need for changing the personnel? Put slightly differently, was this an 'intended strategy' to match objectives set for procurement or an example of poor procurement?

First, some background. The transformation of the make-up of the police was one of the core commitments of the Good Friday (Northern Ireland Peace) Agreement. Basically there was a desire to have a smaller police service (a peace dividend) and more balance in the mix of Protestant/Roman Catholic police officers. Former RUC (Royal Ulster Constabulary - the old police service) officers were given the option of early retirement while a parallel recruitment campaign was put in place to balance the make-up of the new PSNI ). But the procurement approach resulted in more than 1,000 retired RUC officers, 19% of those who took early retirement, being brought back as agency workers to the new PSNI. £106m was spent between 2004 and 2012 on these Agency staff who had just left the RUC. Had those offices been reemployed directly by PSNI they would have had to repay their severance lump sum, which was not the case if they were hired as Agency staff.

Yet again, there was a lack of competitive tendering (you may also find Peter Smith's post today on a similar issue at MOD of interest). The service delivery commenced in 2002 but the competitive tendering was only in 2008. There had been a legacy contract in place for permanent staff which had a throughput of £2m per year, but a variation on that contract to include 'temps' led to a spend of £44m over four years.

The variation to the contract in 2004 was signed on PSNI’s behalf by a recruitment manager with a delegated approval limit of £100,000. The Chief Constable told the Committee that he understood the authorisation to have been a simple mistake in relation to the level of signatory and, while there was no question over the actions of the individual or the legitimacy of the contract, accepted that it should have been signed at a higher level. In the Committee’s view, this highlights the lack of control operating at that time and a lack of knowledge of roles and responsibilities by certain staff. However, the Committee notes that appropriate training has been introduced across PSNI to ensure that similar mistakes are not repeated. (para. 23)

From 2002 until today there has only been a single provider. You could well ask how one single agency was used which just happened to be where the retired police officers had chosen to register? We can't tell what steps were taken to ensure the prices were competitive or whether or not there has been an attempt made to establish how 'civilian jobs' could only be provided by a single source? A lack of robust business cases and options appraisals, and their scrutiny. It would of course be wrong to suggest any collusion between market providers to inflate prices or collusion between the buyers and providers to reduce the opportunity for other bidders. Even interpretation of what represented a Regulated Contract appears questionable:


By any standards, this was a major service contract costing millions of pounds of scarce public money. The PSNI contends that procurement guidance at that time was not explicit about the inclusion of salary costs in the evaluation process. In the Committee’s view, public procurement regulations at that time were explicit and the relevant value of the contract should have been the total consideration payable. This clearly includes the costs of the salaries payable under a contract for temporary workers. (para 19)

So who is to blame in this 'who done it' or 'didn't' in this crash waiting to happen?
PAC's chair said:


This report has identified a number of issues that concerned the committee. Proper competitive arrangements, which would have ensured value for money, were not put in place until 2008. The current supplier has been in place since 2002, establishing a virtual monopoly in the supply of temporary staff to the PSNI. Moving forward, any new contracts awarded by the PSNI must be subject to proper options appraisal and business cases and have the approval and authority of the Policing Board.

What remains unanswered: was this a case of procurement being asked to deliver an approach which would satisfy an unproven PSNI objective of 'getting round' the need for changing the personnel? This would not be the first time procurement expertise has been called on to 'find a way'. If that was the case, were procurement effective or ineffective, strategic or dysfunctional, ethical or unethical?