Fifa's "Unfavourable" contract should be a warning for all Board members 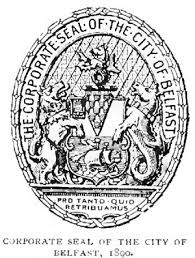 I'm sure many of you heard the news this morning of the latest PR disaster to befall FIFA, namely, that its President signed a contract "unfavourable to Fifa" and in doing so "violated his fiduciary duties and acted against the interest of Fifa...".

I have to admit this is the first time I have heard such a phrase used so I'l have to watch as the story unfolds to learn more.

I assume a contract can be unfavourable to an organisation under the following circumstances:


However, the news reminded me of one of my early jobs which included the signing and sealing of contracts - way back in 1974 when I was a mere 17 year old.

Let me first tell you about 'the Seal'. The was stored in a strongroom. The key for the strongroom was kept in a safe. That key was used to open the main strongroom door - which was really heavy to move. Then a separate key was used to get through the next door which looked like prison bars. Then  a further two keys were used to unlock what looked like an enormous vice. Only then could you seal the contracts by placing each of the signed contracts in the gap between the vice and closing the vice - the contract then had the imprint of the seal embedded on it.

The contract signed by the Town Clerk then had to have the Lord Mayor's signature too.  Once again an appointment was made, I sat with the Lord Mayor and we made small talk as I placed each contract before him for signature. The objective: get in, get the contracts signed, and out as quickly as possible!

That's a lot of formality for a reason (and from memory the threshold at which contracts had to be sealed was as low as £15,000) but yet there was virtually no scrutiny. The contracts were signed by both the Town Clerk and Lord Mayor without their reading on the assumption that those in the Town Solicitor's Office and Purchasing had spent time making sure everything was in order prior to signature.

I wonder will Sepp Blatter use a similar argument as his defence, that he was merely completing a formality on the assumption that the due diligence was completed by others as part of their 'day job'?

But let's remember that those who 'sign on the line' do so for a reason, only they have the authority to commit the organisation to contracts. They are representing those who placed them in power and gave them the authority to commit on their behalf. Whether or not Sepp Blatter manages to exhibit the skills of Houdini is secondary, the allegation that he signed an unfavourable contract should serve as a reminder to all those Board Members who sign contracts of the need to protect themselves, if not their organisations.