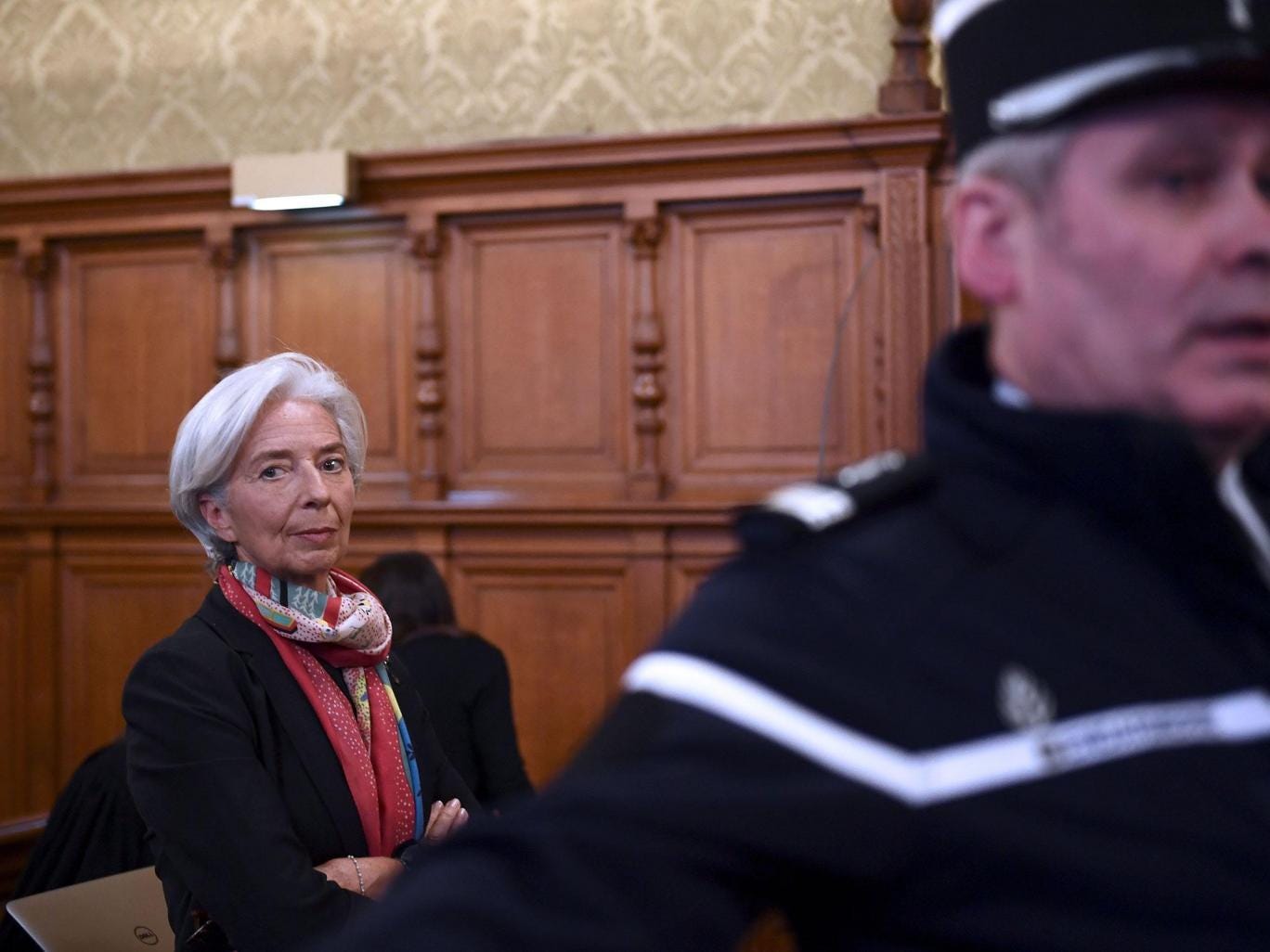 Today Christine Lagarde was convicted of criminal charges of negligence for failing to challenge a decision and merely rubber stamping.  Lagarde, currently the IMF chief, former French Finance Minister and ally of former UK Chancellor George Osborne in pursuit of his austerity strategy, has long been one of the most respected commentators and regularly appeared on Newsnight, for example.  She would have been an exemplar in a world when politicians are losing respect. While she will not be spending Christmas in jail, the view is that she could have been looking at one year in prison and a €13,000 fine.

This highly unusually high profile case must serve as a wake-up call to those involved in governance; rubber stamping is insufficient.  Governance is about representing the interests of the organisation and protecting it through scrutiny and asking clever questions, and dare I say, particularly those involved in investments and procurement.  The 'professional' experts should have nothing to fear in providing assurance of how they have arrived at recommendations.  The scrutiny of the 'approvers' is the last QA line of defence before committing the organisation to what could prove, in retrospect, to have been a mistake.

Here in Northern Ireland, the First Minister, Arlene Foster, is facing calls to step aside while an investigation is carried out into her involvement in the daft Renewable Heat Incentive Scheme, which provided the perverse incentive of rewarding users to over-heat their properties.  One can assume that the Lagarde outcome will stir the pot at the Northern Ireland Assembly more. Did, Foster, when she was overseeing the Department of Enterprise, Trade and Investment, ask clever questions, did she merely rubber stamp, or ...?

I am reminded of David Steele's defence when he was challenged over some of the decisions in the Scottish Parliament building fiasco  - Ministers were kept in the dark by civil servants!  I think that escape route is unlikely to be acceptable anymore or haven't the lessons been learnt?

After years of working on governance processes and the associated risk management, I think that both Lagarde and Foster are far from alone in how they have 'exercised' governance, and I doubt the lessons will be heeded or welcomed by many.
Posted by Dr Gordy at 16:35