Why did government and Deloitte agree to 6 months of no bids? 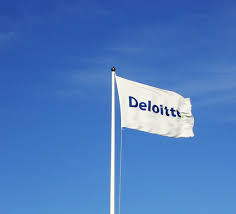 While I can understand the annoyance of #10 over a leaked paper on its approach to managing Brexit, I have struggled all day to understand why the UK Government and Deloitte have agreed to a six-month no bidding period as a consequence - is this not must a lose-lose agreement?

Let's set aside the leaking of the document and whether or not Deloitte had any control over its arrival in The Times, was it a validate assessment of the UKs preparedness? There used to be a hackneyed saying about 'speaking the truth onto power', if the assessment was correct, maybe the government needed to hear.  If the assessment was flawed, why take any action at all?

Then we come to the issue of the six-month separation. The suggestion is that the government may not suffer as a result of Deloitte not bidding. But what if Deloitte had a particularly smart way of answering a problem which the government is faced with over the next six months - aren't the government 'cutting off their nose to spite their face'?  How does that stack up against the pursuit of value for money?

Alternatively, if a bidder, just any bidder, deliberately opted out of bidding and signalled that intention to its competitors, isn't very close to distorting the market.  What if you turned that on its head and the buyer said, "we've removed one of the competition"?

What if the outcome is that the government have trouble getting bidders? Wouldn't that put the government at a disadvantage in trying to get its work done; assuming the work needed done in the first place.

Then again, how would all this agreement to no bidding sit within the EU procurement rules? Assuming the government exerted some pressure on Deloitte to arrive at such an odd settlement, is that remotely compatible with the existing principles of the Market?

So how will this manifest itself over the next six months?  Have Deloitte's voluntarily agreed to a six month blacklisting period during which they will not be invited to bid?  If they are awarded a contract by mistake, will it be set aside? What will the memo to departments setting out the current position say?
Posted by Dr Gordy at 15:22