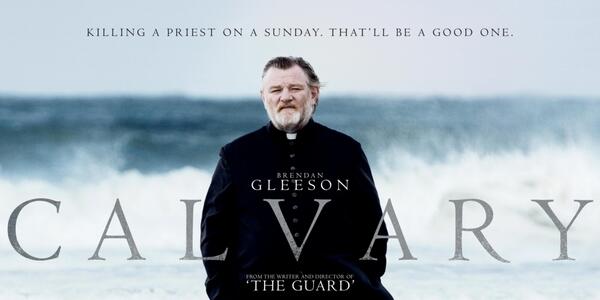 Went to see Calvary tonight with Breandan Gleeson centre stage. I would have rated In Bruges and The Guard among my favourite films - now Calvary makes that a trilogy.


There is a trend with that trilogy of Gleeson films but if I shared that with you, I suspect it would be your loss - you'll know when you see it.

While In Bruges could have been released by the Belgian Tourist Board, I'm not so sure that Calvary and The Guard would have the same impact. Yet, you certainly get a feel for Sligo on the West of Ireland - reminded my why I like Sligo so much.

This is really a powerful film. I found it's impact more powerful than 12 Years a Slave and the audience seemed to leave both with the same sense. I honestly don't know why there's a suggestion that this is a comedy - it's not although there are a few bits which could be straight out of Father Ted.

I can't help feel that the timing of the release on the run up to Easter was deliberate. Certainly, it gets my recommendation as a 'must see'.

Email ThisBlogThis!Share to TwitterShare to FacebookShare to Pinterest
Labels: film