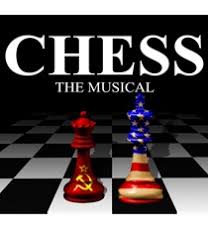 It matters little which side of the fence you sit on the politics of Crimea but what we are observing is an amazing game of strategy, negotiation and brinkmanship. While the West have huffed and puffed Putin has called checkmate and the threats of the recent past have done little to affect change.

So we observed, powerless, from the sidelines, as Russian soldiers walked in and redrew the Russian border.

Now we find that NASA employees and CONTRACTORS  have to freeze co-operation with Russia. While the International Space Station is excluded from the break in collaboration, that must only be due to the US deciding that it would be too painful to break off that co-operation. But surely that just signals to Russia how they can inflict pain on the West.

As we know the US has also lost its independence from Russia to even launch people into space - that's been 'outsourced' to Russia. At some stage the US must have decided on a make/buy decision on space launches, now I suspect they are questioning their 'what if' analysis.

Hasn't the space programme always been about economic benefits. Wasn't the reason for co-operation with Russia about economic benefits and gaining economic advantage. We're now seeing the economic advantages being compromised for political rhetoric. But what if Russia decides that co-oepration with the US is no longer advantageous? What if Russia now starts to co-operative with a different partner, one which shares its longer-term view? Wouldn't those scenarios be detrimental to the US?


Peter Smith recently discussed some of the supply issues to the invasion. I think what we are seeing is a humbling of some international power brokers who are now beginning to realise what impotence means. What I can't understand is why on earth the West seem to be actually determined to inflict greater pain on themselves? For example, freezing contractor co-operation, if it is to have any impact, must be assumed to inflict pain on Russia, but, in the short-term, innovation must be compromised, supply risk must increase, costs must increase, and, in the long-term, since the risk of breaking co-operation has now become a reality, the sustainability of co-operation must now be in jeopardy.

Procurement managers and negotiators should watch and learn, we are seeing the what happens when you fail to understand your relative power, your dependency, your partner, 'cutting off your nose to spite your face', and having to eat your words. This is a game of chess played to Russian music while the West has only a few pawns.